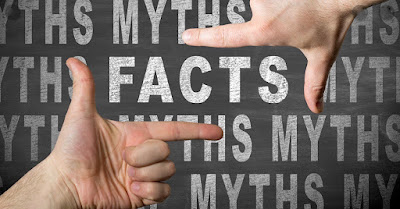 IT'S NOT WHAT YOU THINK

This is not about pulling the plug.

I will not mention names of organizations involved with pushing this agenda, because there are those people I have met who told me their heart breaking stories of losing their loved ones who went to those organizations. This is a hard topic to teach, but it needs to be known in order to protect all of you reading this.

I'll begin with the facts that there are certain organizations which have been around for a number of years whose sole purpose was to assist a person's suicide, whether they were ill or not.  The founder was very open about the purpose of his mission. However, after a few years, some people wanted to change the name of the organization in order to appear "nicer", more "acceptable" to the America Society. In order for them to now enter the realm of legislation, they needed a name for their bill that would also be appealing to non-knowing citizens. The name of the Bill in New York is called "Medical Aid in Dying". To un-informed individuals, this could sound like a nice bill. In actuality, it is very far from the truth and is historically a euphemism for euthanasia.

In 2015, a law suit was submitted to NY State for the legalization to assist at a person's suicide. It is the outcome of this lawsuit which spelled out what this agenda is all about.  Every court from the lowest court in New York to the highest court in New York denied legality to assisting someone's suicide. The highest NY Court -"The New York State Court of Appeals" -  said that the plaintiff's request was absolutely about assisting a person's suicide (something that breaks statutory law: a felony).  The judges voted unanimously against the plaintiffs.  It is because these very intelligent and highly educated individual judges who investigated this case, who called the act "assisting a person's suicide", that we too call it assisting a suicide. Is this what New York needs while there is a suicide contagion within our youth these days? Absolutely not!

The current assisted suicide bill (currently 2019 - 2020 Assisted Suicide/Euthanasia Bill NY State Assembly Bill #2694 same as NY State Senate Bill #3947), contains many flaws. For one, even though the sponsors of the Bill say there are "safeguards" built in, how safe could a lethal drug be sitting in a person's home while an impatient heir - who has rights to the person's estate - can do unimaginable things to the person behind closed doors. One flaw is that there is no over-site. Plus, the person's death certificate would be signed by the doctor, "death by natural causes". How are valid statistics kept if the real cause of death is hidden?

The set up of legalized assisted suicide is a "recipe for elder abuse" (Dore, 2012), increases suicide contagion (NCD, 2019), sends the wrong message to our youth (Jones, 2018), causes PTSD (Wagner, Muller, & Maercker, 2012) for those family members who observed their loved ones commit assisted suicide. These atrocities and a slew of other serious dangers can be found listed in this study from the United States Government: https://ncd.gov/sites/default/files/NCD_Assisted_Suicide_Report_508.pdf

In short,  "Medical Aid In Dying", a term historically used for euthanasia, poses a serious danger to the public, our youth and society. This statement is supported by many studies. Legalized assisted suicide/euthanasia is a tool that will destroy the academic excellence of research and science in the United States of America, as doctors forget how to treat illnesses or diseases.

This is not about pulling the plug, but about giving the government, doctors, pharmacists, family members and friends,  a license and the ability to kill an innocent person without consent, behind closed doors, while the heir to the estate and all others listed above are not held accountable if suspicion or error occurs.


National Council on Disability (October, 2019). The Danger of Assisted Suicide Laws. Retrieved from https://ncd.gov/sites/default/files/NCD_Assisted_Suicide_Report_508.pdf
Posted by NYagainstAS at 6:06 AM