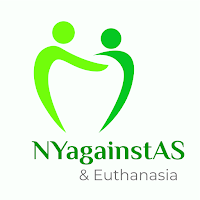 
Arline Lester, celebrated her 91st birthday on New Years Day, 2020. To everyone's surprise, she started talking. Ed Lester, Arline's son, said he had not heard her speak since her tracheotomy.  Her first words that day were, “What did you say?”, clearly heard by all in the room.  Ed Lester, was talking to his friend about his mother's heart-breaking case and the trouble that she was in. According to Ed, his brother (whose name we won’t reveal) wants his mother dead. There is an old Living Will and apparently a new Living Will, an old Proxy Healthcare document and a new Healthcare Proxy document. According to Ed, prior to both new documents, Arline Lester was evaluated by a psychiatrist and deemed to have her mental capacity to make decisions. According to Ed, his mother revoked her old living will and her old healthcare proxy document. Now, this is being evaluated by a Judge in Nassau County brought on by Ed's brother. According to Ed,  his brother wants his mother dead and so Ed fears that if the new healthcare proxy is not honored, he will lose his mother.

Arline is Mensa,  was divorced and left to raise two young boys. Arline worked for 25 years as a Math teacher in PS 125 in Brownsville, Brooklyn.  She was also a professor in a Brooklyn College until she was 88 years old. Her cousin attests that she was loved by everyone.  Arline is presently in the hospital recovering from a leg amputation.

Being very surprised by his mother speaking,  Ed first wanted to know if his mother was in pain. Ed's friend asked Arline. First, the friend called Arline by name. Arline responds with turning her head to look at Ed’s friend. The friend then asked if she was in pain. Arline shook her head “no”. Arline then spoke again when the friend said “Thank you”.  Arline replied politely saying “Thank you”, as though showing her appreciation for the kind attention shown her.

Ed had told his friend that the pain medication was probably wearing off allowing Arline to communicate. This new activity by Arline is critical since the legal case was started in early December 2019 by Ed’s brother.  The legal case has caused a temporary guardian to be appointed by a Judge in Nassau County. The case has also interrupted his mother applying for Community Medicaid. The trial is set for Monday, January 6, 2020.
Posted by NYagainstAS at 10:30 PM No comments: